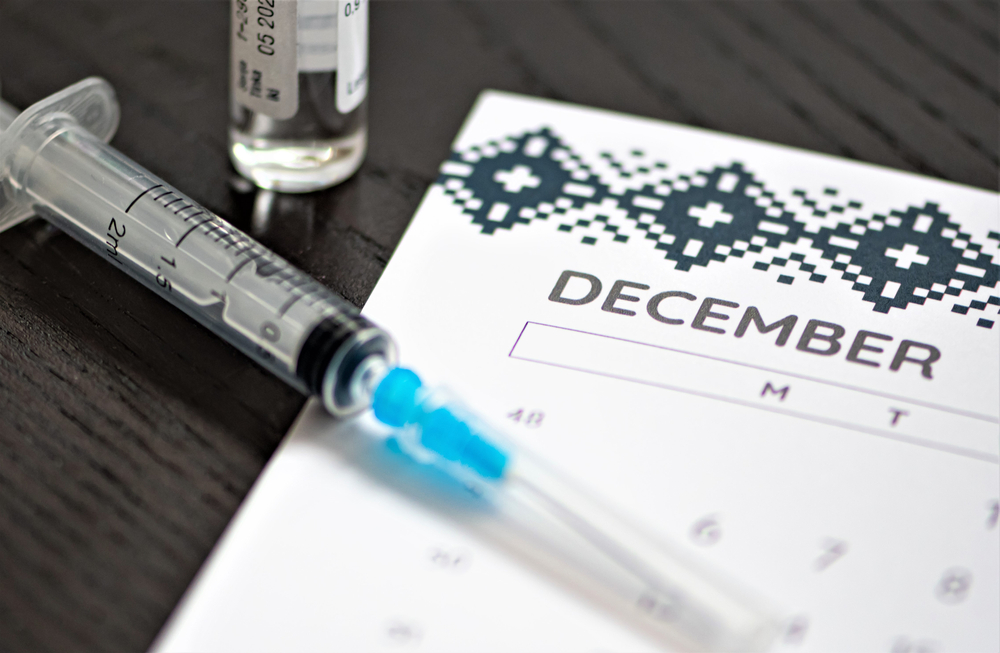 Respiratory viruses such as influenza, norovirus, and rhinovirus follow a seasonal pattern, with much higher case numbers in the winter months than in the summer. This is due to several reasons including improved stability of viruses in lower temperatures, the easier transmission of respiratory droplets in cooler, drier air, and also down to human behaviour with many of us spending more time indoors during the winter months allowing for more rapid transmission1.

Even though the current vaccines are showing impressive real-world effectiveness, no vaccine is 100% effective in preventing disease. Additionally, because SARS-CoV-2 is an RNA virus it is much more susceptible to genetic mutations which may give rise to new variants that have the ability to escape protection from the vaccine. In a recent poll, almost 90% of immunologists, virologists, and public health experts agreed that SARS-CoV-2 is likely to become endemic in our populations2 and because SARS-CoV-2 is a respiratory virus it will likely fall into a seasonal pattern of infections.

What can we learn from influenza?

The preparation of a new SARS-CoV-2 vaccine every year may appear to be a daunting prospect, but in influenza, we have a perfect example of how we can make that a reality. In preparation for winter, a new influenza vaccine is developed and manufactured to cover the most likely circulating strains. To make this happen a well-established infrastructure is in place. The World Health Organisation (WHO) performs global surveillance of influenza strains identifying novel variants and modeling their spread across the world3. Based on this, an updated recommendation of the composition of influenza is made every year4. The WHO also works closely with vaccine manufacturers to share data and update them regularly so they are best placed to meet the incredibly tight deadlines of producing, safety testing, and releasing a new vaccine every year. Putting in place the same mechanisms for SARS-CoV-2 would allow the WHO and vaccine manufacturers to be in a position to rapidly update the current coronavirus vaccine ahead of each new winter wave.

What about hand sanitisers and disinfectants?

The mutations that arise in viruses such as coronaviruses and influenza that are a public health concern are subtle changes in the proteins on the surface of the virus. In some cases, these mutations allow the virus to evade the protections afforded by the previous infection of vaccination. However, they do not fundamentally change the structure of the virus itself meaning that although there is a need to periodically update vaccines, antimicrobial products such as surface disinfectants and hand sanitisers that act by breaking open the virus, are efficacious on all variants of a virus. Many Byotrol products have been proven to be effective against enveloped viruses such as influenza and coronaviruses, using the industry recognised standard tests. For more information on which Byotrol products are effective against viruses, please contact us.

Back to news archive

Do you want to find out more about the Byotrol group of companies, our technologies or our products?